Showing posts from February, 2020
Show All

Whisky Galore! (Or maybe not…) 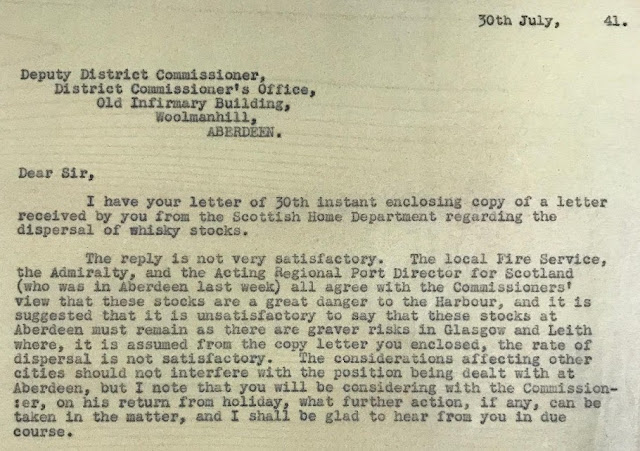 During the Second World War, one of the tactics used by the German army was firebombing. This technique intended to cause major damage to urban areas using incendiary devices and was extremely concerning to the government. It caused them to publish a series of acts which introduced official procedures and installed people as ‘fire watchers’ to monitor areas and help extinguish fires if necessary. These procedures were extremely important and were cemented with the Fire Prevention (Business Premises) Orders which made individual businesses responsible for organising and equipping 24-hour fire watchers who would call in attacks and help fight fires. These regular people were vital to the safety of public and were a key part of the home front effort. The ’fire prevention file’ kept by the Harbour Commissioners is fascinating. Some of the documents it contains includes information on fire watchers and their responsibilities, incendiary bomb detectors, the compulsory enrolment of wome
Post a Comment
Read more
More posts